Post-Lab Commitments – The Expectation to Finish Your Papers 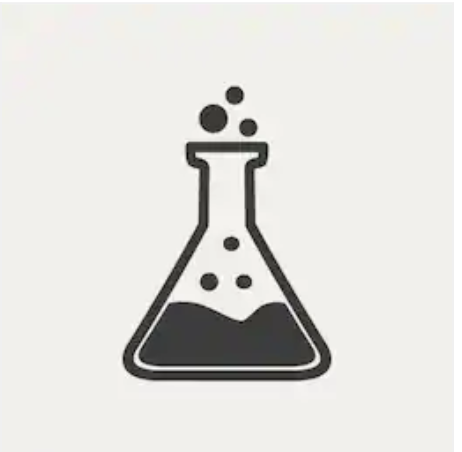 Last December, at the end of my 4th year as a post-doc/research associate I took the big step of leaving the bench to explore other career options. I left the lab having spent the past 1.5 years working with a few colleagues on my second project in the lab, and by the time I left I was happy that the bench work was finished and two manuscripts were written – but not published. One of the manuscripts had already been through a round of proof-reading with another postdoc and my supervisor, while the second one had yet to be reviewed by any other lab members. In the last 3 months of my post-doc I worked long, intense hours to finish the manuscripts and by the time I left, I was exhausted, unhappy, burnt out, and had very little intent of working on the papers any further. However, after a discussion with my supervisor, it was agreed that I would help out with some of the final editing of the work, prior to submission.

Flash forward 10 months to now. I have moved on from the bench, working at a job I enjoy and am generally happier and healthier than I was when I was working in the lab. This past weekend, I received an email from my former supervisor with the first manuscript, which was now ready for my review prior to submission. Thankfully, he had emailed me a few weeks ago to let me know that I would receive the paper shortly, and thus I had some time to prepare myself to get back into my former project. Even though I knew that this was something I had committed to do, I had not prepared myself for the strong emotions and feelings of panic, tension and stress that surfaced when I opened the manuscript and began my first read through.

To be fair, the information that was required of me wasn’t very intensive, but it did take some time to dig through experimental designs, trying to remember minute (but important) details from my bench work. I decided to put the manuscript away that first night, and when I came back to it a day later with a fresh outlook, I was much calmer and ready to work. It’s now three days later I have finished my reviews and edits, and overall, it wasn’t nearly as stressful as I had anticipated it would be. Moreover I was surprised by how much enjoyed the opportunity to think about the science again and revisit the research that had been so much a part of my life for the past few years.

As I conveyed my experience to friends, those that had never worked in a lab didn’t seem to understand why I felt that it was expected of me to “work for free” so long after I had left the lab. More than once, I was asked if I knew of any other job that required this type of commitment months or even years after leaving. As I tried to explain why it was expected, why it was important, and why I agreed to do it and came up with a few insights, which I’ve listed below.

I was the expert – Although I received input and guidance from my former supervisor, and had regular discussions with several other project members, I was the one running the day to day operations of the project and thus would be the one to know if something in the publication had been changed to be untrue or invalid. My former supervisor indicated that he would not feel comfortable submitting the manuscripts if the first author (aka me) had not proof read the final version to be submitted, and I agreed that this was important for the scientific integrity of the publication.

My name, my responsibility – As an author, my name is on the paper, which makes me accountable for the content of the paper. I would be embarrassed and unhappy if I found out that my name was associated with “questionable science” – and it is no one else’s responsibility but my own to ensure that the information in any of my publications is valid and up to my standard of approval.

You aren’t the only one on the paper – A number of my lab mates had worked very hard alongside me at the end of my time in the lab to finish the bench work, analyze data and prepare figures so that the papers could be written before I left. I felt as though I owed it to them to make sure that their hard work was recognized with a publication.

Ten months is a long time – In the 10 months that has passed since I was immersed in the lab every day, I have thought less and less frequently of my previous work. This meant that one of the most difficult things about reviewing the paper was trying to remember minor details of experiments from more than a year ago. Although the information would have been easily recalled had I continued in the lab, it turns out that I had forgotten quite a bit, and I ended up relying heavily on my record keeping. I am incredibly grateful to a former technician for her extremely thorough records and for the way she made me feel guilty inspired me into being more diligent on my own notes. You never know where your path will take you so when in doubt, make a note about it while you are doing an experiment. For those who are planning on leaving their lab – finish writing publications to do as soon as possible – it only gets harder to do as time passes.

Remember, don’t burn your bridges – Chances are quite high that you will require a reference from your former supervisor. If all that is required to maintain a good relationship with him/her is that you spend a few days (or even weeks) working on a paper, then it is likely well worth it.

There is finality in publication – Ever since I left the lab, I’ve had an underlying feeling of stress and tension since I knew that more work on the manuscripts would be headed my way. Now that the first paper is close to submission, I am starting to “see the light at the end of the tunnel” and the stress and tension have eased slightly. I expect that once both papers are published I will have some form of closure on that chapter in my life, and will be able to move on without having to wonder if and when I will next have to revisit the details of my experience in the lab.

If you are in a position to leave a lab, whether it’s because you’re graduating, taking on a new position, or changing careers, my recommendation is that you do everything possible to ensure that your publications are finished. In most cases, it’s unlikely that you will be completely finished and if you (like me) have left publications with your supervisor after you’ve moved on from the lab, expect that manuscript editing and submission will move more slowly since you’re not interacting with your supervisor and discussing the paper on a daily basis. Make sure that you are aware of your own reasons for dedicating time to the manuscripts, and take the opportunity to enjoy reflecting on the work you did in the past.

Interested in becoming a ReadCube Ambassador? Find out more!